Corrosion of steel is an electrochemical reaction that requires the presence of water (H2O), oxygen (O2) and ions such as chloride ions (Cl—), all of which exist in the atmosphere. Electrophoretic deposition is a process in which electrically charged particles are deposited out of a water suspension to coat a conductive part. The process is more commonly known as electrocoating or E-coating. Corrosion is a multifaceted phenomenon that adversely affects and causes deterioration in metals through oxidization. Millions of dollars of loss throughout the metal industry can be attributed to metal corrosion.

Corrosion of steel is an electrochemical reaction that requires the presence of water (H2O), oxygen (O2) and ions such as chloride ions (Cl¯), all of which exist in the atmosphere. Atmospheric chloride ions are in greatest abundance anywhere near the coastline. This electrochemical reaction starts when atmospheric oxygen oxidizes iron in the presence of water.

In addition, the atmosphere also carries emissions from human activity, such as carbon dioxide (CO2), carbon monoxide (CO), sulfur dioxide (SO2), nitrous oxide (NO2) and many other chemicals, which can also be significant in the corrosion process.

Also, if any two dissimilar metals are in contact with each other, the more reactive metal will corrode in preference to the less reactive metal. 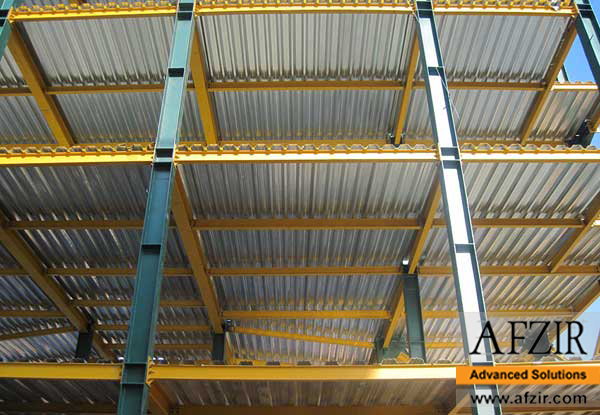 There are three methods that may be used to protect steel from corrosion.

Active corrosion protection occurs when a primer containing a reactive chemical compound is applied directly to the steel. The reactive compound disrupts the normal formation of anodes on the surface of the steel in some way. For example, inorganic zinc inhibitive pigments, such as zinc phosphate, offer active anti-corrosive protection to the steel substrate (Zinc phosphate (Zn3(PO4)2) is only slightly soluble in water). It hydrolyses in water to produce zinc ions (Zn2+) and phosphate ions (PO43-). The phosphate ions act as anodic inhibitors by phosphating the steel and rendering it passive. The zinc ions act as cathodic inhibitors.

The above-mentioned reaction between dissimilar metals can be used to protect steel against corrosion. The most widely used metal for the protection of steel is zinc. Zinc metal in direct contact with the steel substrate offers protection through the preferential oxidation of zinc metal. Zinc is a great choice in protecting steel, as not only does it corrode in preference to the steel, the rate of corrosion is generally slower. This rate, however, is accelerated in the presence of ions such as chlorides in coastal locations.

Electrophoretic deposition is a process in which electrically charged particles are deposited out of a water suspension to coat a conductive part. The process is more commonly known as electrocoating or E-coating. The idea of electrically discharging polymers to coat an object was first considered in the 1930’s. Most of the basic research was conducted in Europe in the 1960’s. North American companies began electrocoating in the late 1960’s, and the process has been widely used for coating metal parts ranging from simple stampings to complex auto bodies.

The process requires a coating tank in which to immerse the part, as well as temperature control, filtering and circulation equipment. Electrocoating systems are known as anodic or cathodic depending upon whether the part is the anode or cathode in the electrochemical process. Cathodic systems are more common since they require less surface preparation and provide better corrosion resistance. Electrocoating requires that the coating binder, pigment and additives be given an electrical charge. These charged materials, under the influence of an electric field, migrate through water to the part surface.

Once at the part, the charged materials give up their charge due to neutralization by electrochemically generated OH- ions (cathodic process). Upon giving up their charge, the coating materials drop out of the water suspension and coalesce as a coating on the part surfaces. Electrocoat thickness typically ranges from 10 to 30 micrometers (0.4 to 1.2 mils). Automotive parts that are electrocoated usually receive a zinc or iron phosphate treatment prior to deposition. This treatment enhances the application of the E-coat.

Various types of metallic coatings can be applied to ferrous and non-ferrous substrates to inhibit corrosion and/or provide a decorative finish. The choice of a particular coating material is dependent upon the severity of the corrosive environment, whether the part is subject to wear and abrasion, and the degree of visibility of the part in service.

Mechanical plating: Finely divided metal powder is cold welded to the substrate by tumbling the part, metal powder and a suitable media such as glass beads, in an aqueous solution containing additional agents. Mechanical plating is commonly used to apply zinc or cadmium to small parts such as fasteners.

Electroless: In this non-electric plating system, a coating metal, such as cobalt or nickel, is deposited on a substrate via a chemical reaction in the presence of a catalyst.

Hot dipping: A coating metal is deposited on a substrate by immersing the substrate in a molten bath of the coating metal. Many underbody structural components are manufactured from sheet steel with a metallic coating. The steel mills supply hot or cold rolled sheet in coil form with metallic coatings applied by either electroplating or hot dipping. The most commonly supplied coatings include zinc, zinc-iron, zinc-nickel, aluminum, aluminum-zinc, tin and lead-tin.

The application of an organic coating, such as paint, is a cost effective corrosion protection method. Organic coatings act as a barrier to a corrosive solution or electrolyte. They prevent, or retard, the transfer of electrochemical charge from the corrosive solution to the metal underneath the organic coating. The coating thickness of the auto deposition film is time and temperature dependent. Initially, the deposition process is quite rapid, but slows down as the film begins to build or mature. As long as the part being coated is in the bath, the process will continue; however, the rate of deposition will decline.

Typically, film thicknesses are controlled from 15 to 25 micrometers (0.6 to 0.8 mils). Auto deposition will coat any metal the liquid touches. Parts that are tubular in shape, assembled parts or parts that have intricate designs can also be coated by this process. Auto deposition does not require a phosphate stage and the coating is cured at a relatively low temperature.

In the powder coating process, a dry powder is applied to a clean surface. After application, the coated object is heated, fusing the powder into a smooth, continuous film. Powders are available in a wide range of chemical types, coating properties and colors. The most widely used types include acrylic, vinyl, epoxy, nylon, polyester and urethane. Modern application techniques for applying powders fall into four basic categories: fluidized bed process, electrostatic bed process, electrostatic spray process and plasma spray process. The electrostatic spray process is the most commonly used method of applying powders. In this process, the electrically conductive and grounded object is sprayed with charged, non-conducting powder particles. The charged particles are attracted to the substrate and cling to it. Oven heat then fuses the particles into a smooth continuous film. Coating thicknesses in the range of 25 to 125 micrometers (1 to 5 mils) is obtained. Controlling a low film thickness is difficult. A booth and collection system can be used to collect overspray for re-use. 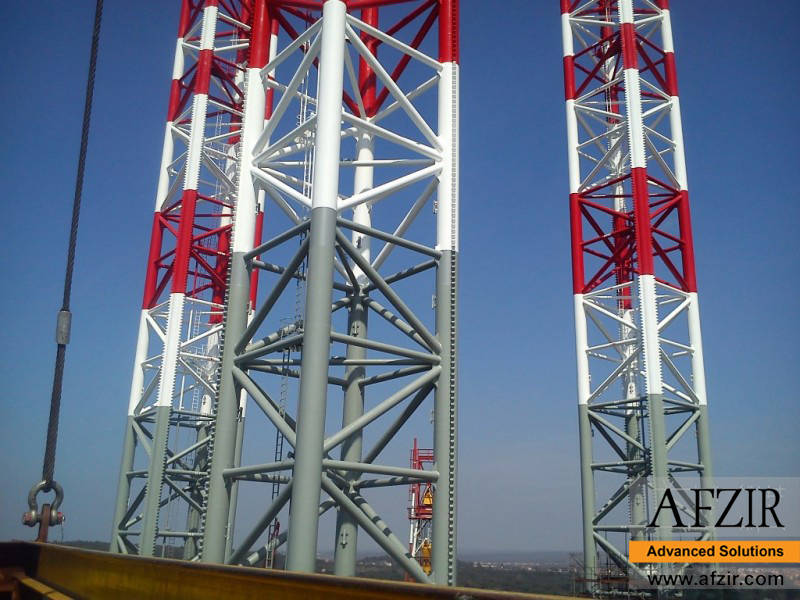