FRP Laminate (FRP Sheets) are multi-layer sheets that have a single or two-directional resistance and are bonded to concrete or steel surfaces with special FRP epoxy resin systems. FRP laminating is usually used to reinforce and increase the strength of reinforced concrete and pre-tensioned structures, which increases the stiffness and strength of the members, significantly, to control and prevent cracking in the plastic area of the members. The FRP sheet material, depending on its application, can be made of carbon, glass and aramid plates. The carbon type of which (CFRP laminate) is more widely used and offered in unlimited lengths and 10 and 5 centimeters widths. 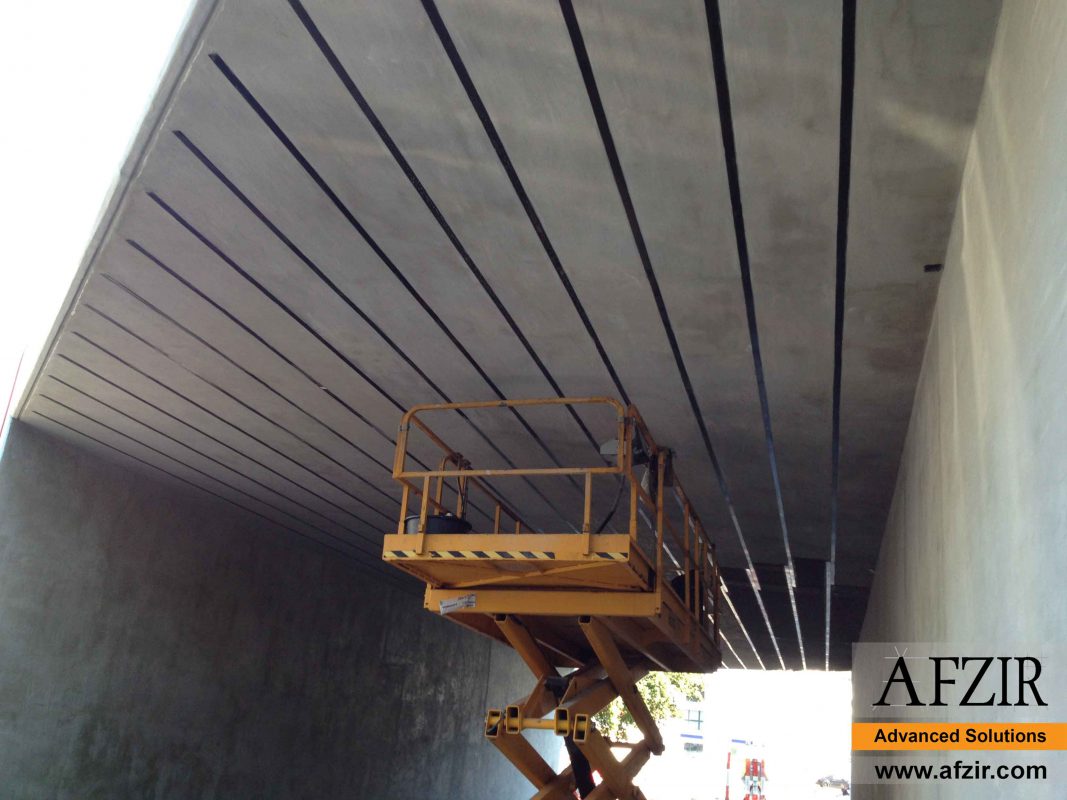 Along with advance of science and technology, modern materials have entered the construction and building industry, which also plays a significant role in retrofitting. These materials, which are currently used in building retrofitting, are FRP. In strengthening building with FRP, weak reinforced concrete elements such as beams, columns, shear walls and concrete slabs are strengthened using FRP fibers, which could be used to retrofit the whole building, or strengthening an individual component of a structure such as a beam or a column that has been weakened.

FRP retrofiting operations can be required for the following reasons:

Nowadays, unidirectional carbon-laminates are used in strengthening of beams and columns of buildings and bridge decks. The cost of repairing and replacing the bridge components is very high. Even when the conditions and facilities are provided when it comes to repairs, it creates many traffic problems. Regarding the above mentioned, modern retrofitting methods, such as the use of FRP materials to improve the structure of the bridge, cost less than replacing new parts and elements. It also decreases when the structure is retrofitted. Today, in the retrofitting industry, the FRP laminate sheets made of GFRP glass, AFRP aramid and CFRP carbon fiber, have replaced the steel plates due to their high strength and low weight. Super laminate is another FRP laminate product, that is usually used in pipe and tank retrofitting.

In retrofitting with FRP, weak reinforced concrete elements such as beams, columns, shear walls and concrete slabs are reinforced using FRP fibers. FRP fibers can also be used to retrofit the entire building, and can be used locally in one part of the structure or in one individual   component, such as a beam or a column. It should be kept in mind that in retrofitting with FRP, design engineers have some design limitations that will prevent any weakened concrete elements from reinforcing with FRP or FRP laminates. 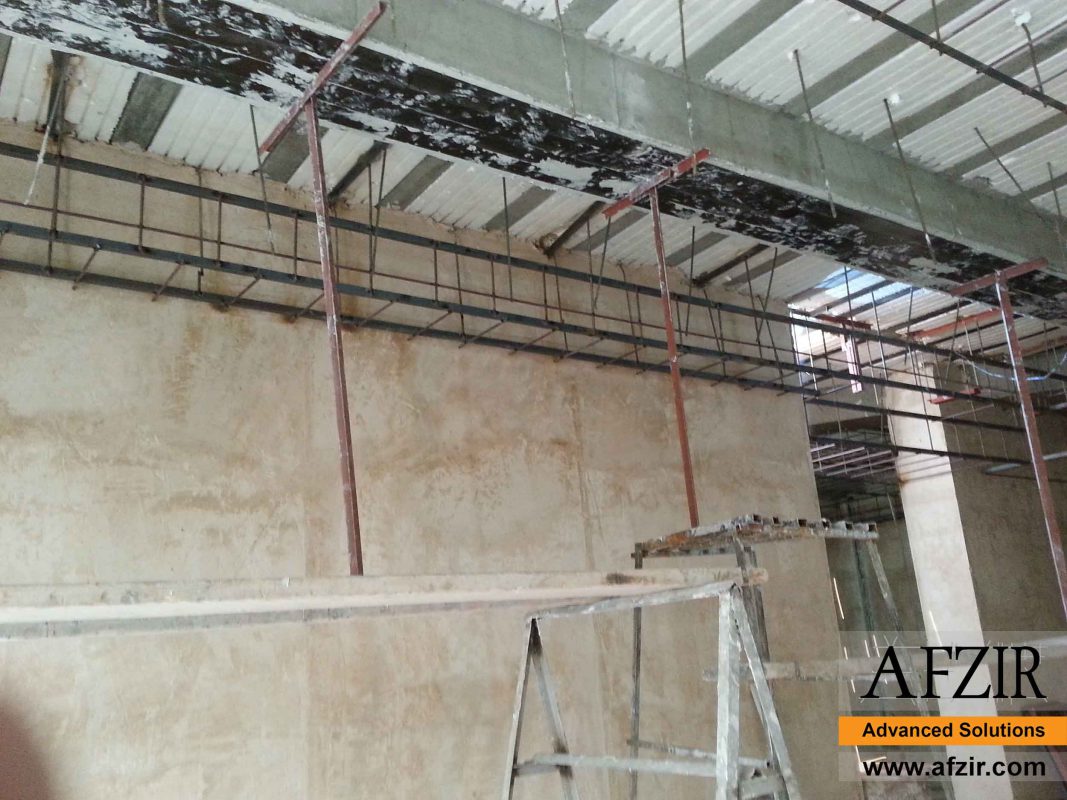 The most important advantages of using the FRP retrofitting method are the following:

In general, existing concrete reinforced concrete structures or reinforcement and seismic repair are carried out to withstand gravity and earthquake loads. In this regard, a variety of retrofitting methods have been used to improve the defects due to the structure’s age or structural erosion, as well as to increase the structural ductility and improve the performance of the structure and its behavior against earthquake loads. One of the methods is strengthening with FRP.

FRP is used in different shapes and surfaces in multilayer sheets, called FRP laminate, or in a sheet that is like a fabric, which can be bent and twisted on the column and surface of the structural elements to be retrofitted. In most cases, FRP systems are produced in the form of thin profiles, and when applied to their appearance, they can be used in the finish and the final coating of the building. Although FRP materials are more expensive than conventional materials, such as steel and concrete, they are less costly in implementation costs, including the wages of the forces employed and the lack of special equipment compared to other building retrofitting systems. 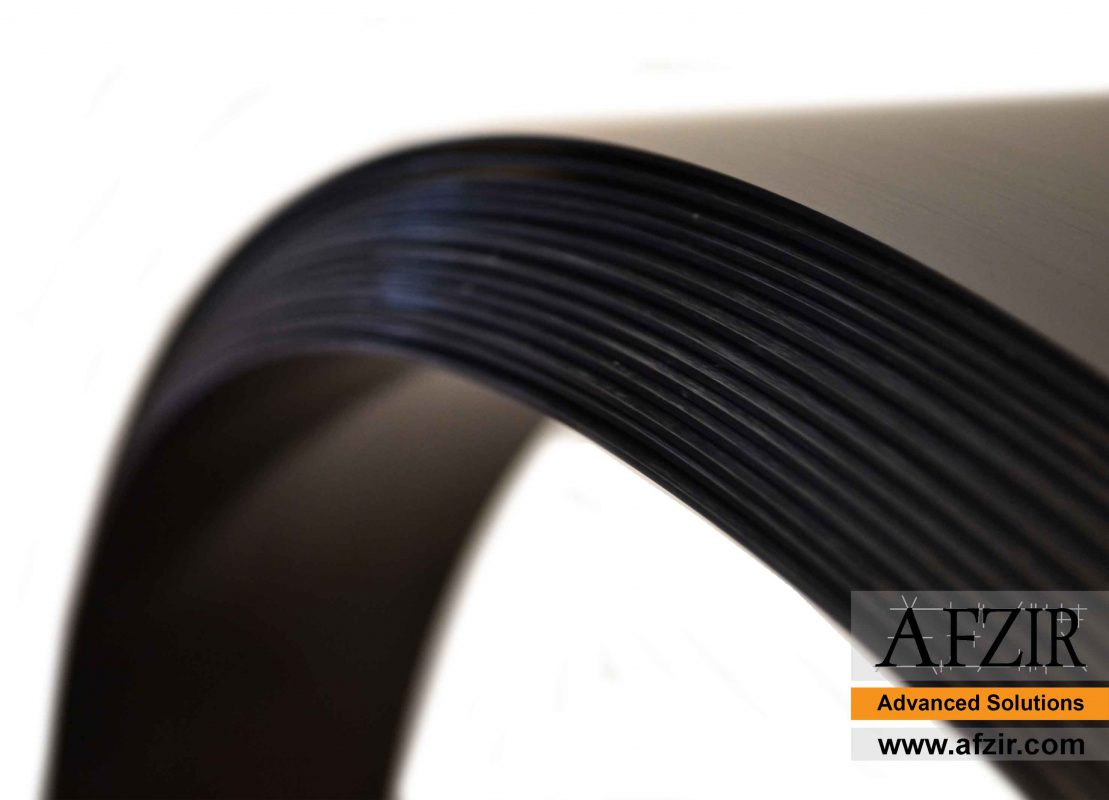